Last week saw an announcement from WeWork (a rapidly growing co-work space company), of a new internal policy to commit to becoming a ‘meat-free’ workplace. In what might become a sign of things to come, the internal memo sent to its 6000 employees worldwide, states that “we will not serve or pay for meat at WeWork events and want to clarify that this includes poultry and pork, as well as red meat”. The company estimates avoiding 445.1 million pounds of CO2 by 2023, which translates to approximately 222,500 metric tonnes.

Now before going further, I will state that I applied some incredibly basic reverse calculations to get to this figure. Using their estimate of 222,500 tCO2 by 2023, I divided it by their present number of employees (6000) and arrived at a rudimentary figure of 37.09 tCO2/employee over a 6 year period. I then applied the same estimate of emissions per employee to the ~27m employed across the Fortune 500 list, and reduced it by a factor of 50%, to account for all of the variables I can and cannot think of at this time (some of which I’ll touch on later. Undoubtedly those reading this, may consider various other ‘critical’ variables, for coming up with a more accurate estimate. I agree – I’m sure they exist.

All things considered and more precise estimates aside, the potential for significant GHG reductions through changing food habits, are increasingly well understood. What is not – is how to change actual food habits!

Some may point to the announcement as a savvy means of saving money from company expense budget, as any recent trip to a restaurant or the supermarket would demonstrate – meat can be expensive. Equally it is often argued that ‘eating well’, ie organic natural foods has become the preserve of the wealthy and those with least means are often forced to eat less healthy, fast food. It remains to be seen how WeWork will implement the policy, particularly at events while still maintaining their desired corporate image, and lets face it, avoid complaints of people going home hungry! (I think I’ve been guilty of such complaints in the past!). Cost saving estimates aside, in addition to saving CO2 emissions, they also estimate to save 63.1 Billion litres of water and 15 million animals by 2023. The potential of these data points is hard to ignore.

So can corporate expense policies for food choices become a pathway for a Gigaton CO2 reduction opportunity?

According to the Food and Agriculture Organisation of the UN (FAO), global livestock emissions are a Gigaton problem, contributing 7.1 Gigatons/yr. Unsurprisingly therefore the Guardian summarised a recent study published in the journal Science on the topic with the headline, “Avoiding meat and dairy is ‘single biggest way’ to reduce your impact on Earth”. A bold statement on the surface perhaps, but the data does seems to stack up. The actual CO2 emission estimates being considered when considering diet include what is known as the ‘long-tail’ of scope 3 indirect emissions, often falling outside of what many companies find possible to report on accurately or reduce. Meat has a notoriously long-tail of environmental impact, beginning with the land required to raise and grow feed for livestock, a considerable driver of deforestation. Coupled with methane emissions caused by the ruminant digestive systems of animals such as cattle, the waste created by these animals and ultimately food we send as waste sent to landfill, (as much as 30-40% of all food in the US), and the issue becomes clearer.

So what’s the catch?

There are clearly considerable differences amongst individual companies in any grouping of the world’s largest companies that could make a considerable difference to the effectiveness of such a corporate expense policy. Companies with a large manual labour force are possibly less likely to have employees travelling and claiming expenses for individual meals, but equally they might be more likely to provide staff with food directly or through canteens where employees expect choice. Many companies may not even be aware of or measure the scope 3 emissions associated with the meals they pay for or serve. Throw in various other macro factors such as employee growth rates, robots replacing people, and what people choose to buy regardless of what their employer will pay for, alongside micro factors such as differences in sources of meat and actions being taken along a supply chain, and the level of uncertainty in such estimates becomes clear. I don’t think that detracts from investigating the potential of similar policies, as actual pathways to Gigaton reduction opportunities are fewer in practice than in theory.

Where corporate zero deforestation commitments continue to struggle with the challenges presented by complicated supply chains and the lack of alternatives in some cases, the opportunity presented by the WeWork policy change differs in its simplicity. By restricting funding in a centralised and potentially cost-effective manner, to less carbon intensive food choices, not without parallel to how fossil fuel divestment works, I think the potential does exist for both cost savings AND disruption to the footprint caused by our daily diet.

(Note. I am a red-meat eater, but no animals were consumed during the production of this post. I did sip on a protein shake, made from peas.) 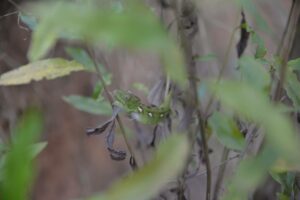 How carbon markets can boost biodiversity and slow climate change 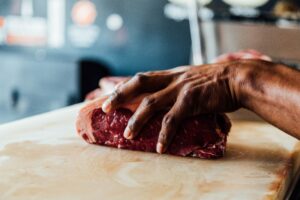